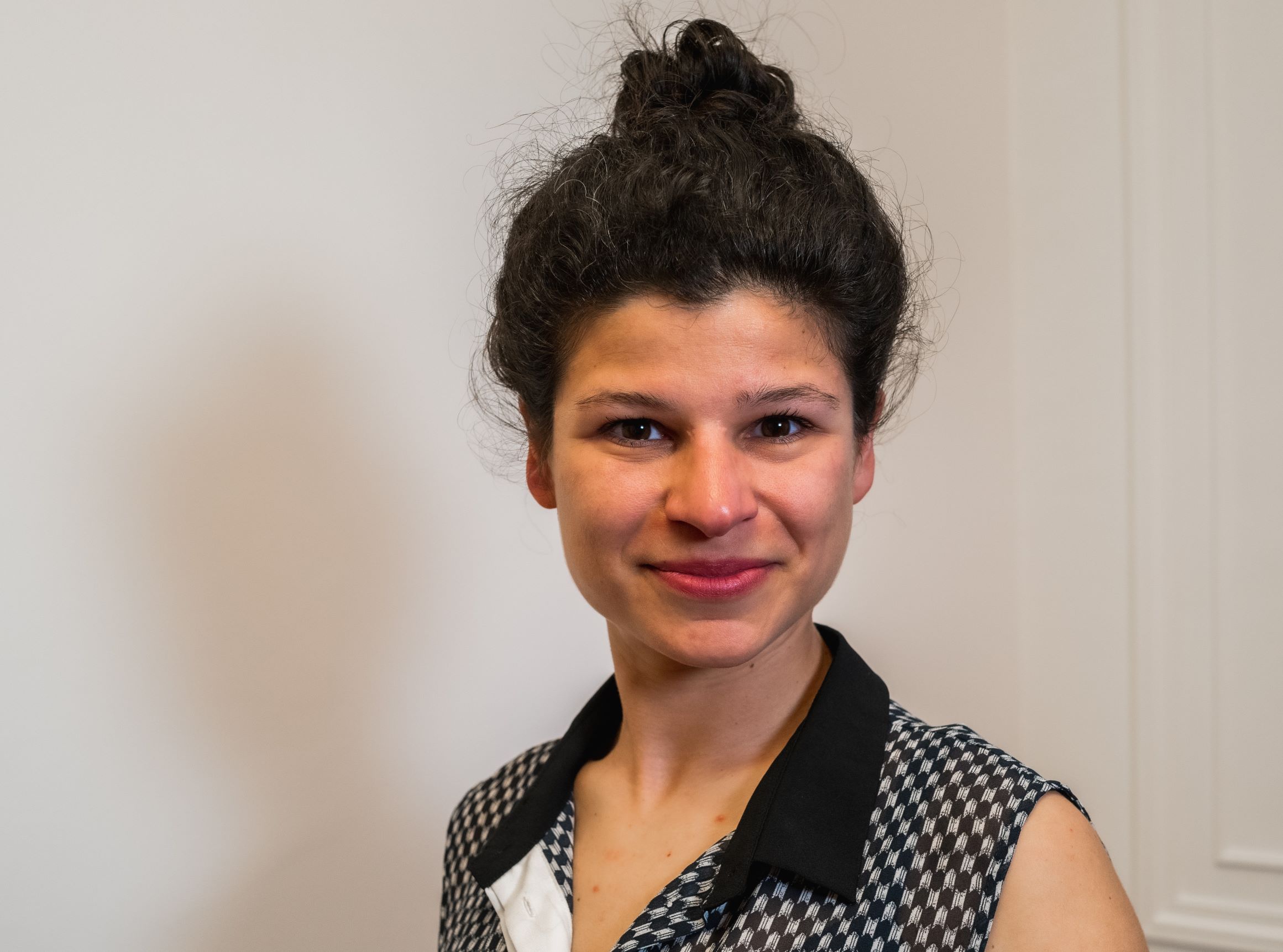 I am an Assistant Professor in the Economics Department at Columbia University. My main research fields are corporate finance and banking. I am particularly interested in the interaction between public policy and corporate behavior.

Prior to joining Columbia, I received a PhD in Finance from HEC Paris and a master's degree in economics from the Paris School of Economics and from Ecole Polytechnique/ENSAE.

The Crowding Out Effect of Local Government Debt: Micro- and Macro-Estimates

Local government expenditures are increasingly financed by debt, mostly consisting of bank loans. I study the crowding out effect of these loans on corporate credit, investment, employment, and output, using French administrative data over 2006-2018. Exploiting plausibly exogenous variation in local government credit growth across banks, I show that when a local government borrows an additional €1 from a bank, this bank reduces corporate credit by €0.5, with significant effects on firm-level investment. Combining these reduced-form effects and a model, I show that crowding out reduces the output multiplier of debt-financed local government spending by 0.3. This is large compared to government spending multiplier estimates. Crowding out is driven by banks' limited ability to expand their credit supply. These results show that constraints on financing supply reduce the stimulus effect of debt-financed government spending. 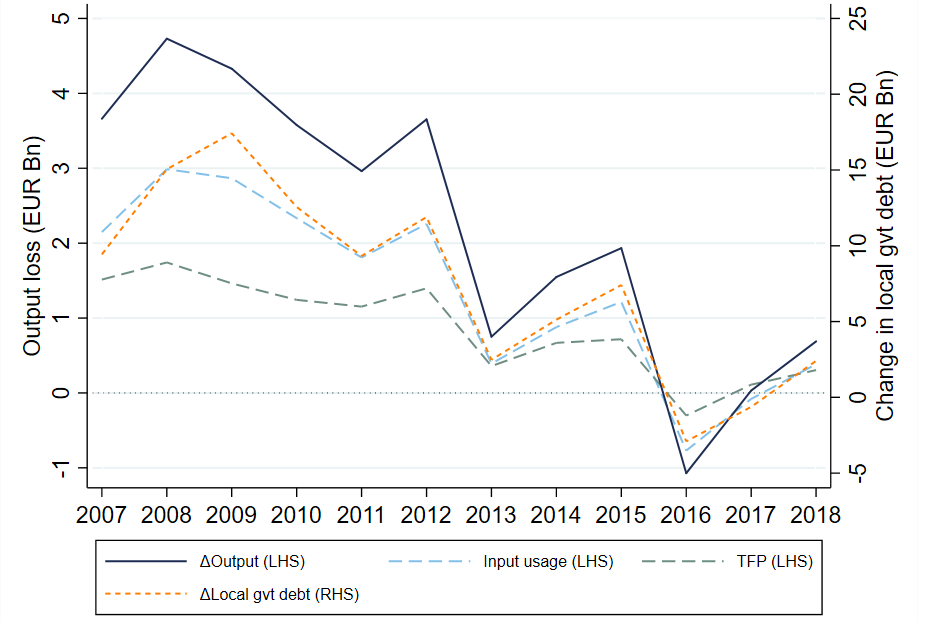 Aggregate output loss due to crowding out

This paper studies the resolution of disputes between firms and their lenders through external mediators, who suggest a non-legally binding solution to resolve a disagreement after communicating with all parties. We exploit an administrative database on firms' outcomes matched to the French credit registry and plausible exogenous variation in eligibility to public mediators across counties for identification. Credit, employment and investment increase following the mediation, causing an overall reduction in firms' liquidation of 34.6 percentage points. All the effects are driven by firms that borrow from more than one financial institution, supporting the view that mediators solve coordination problems between lenders. 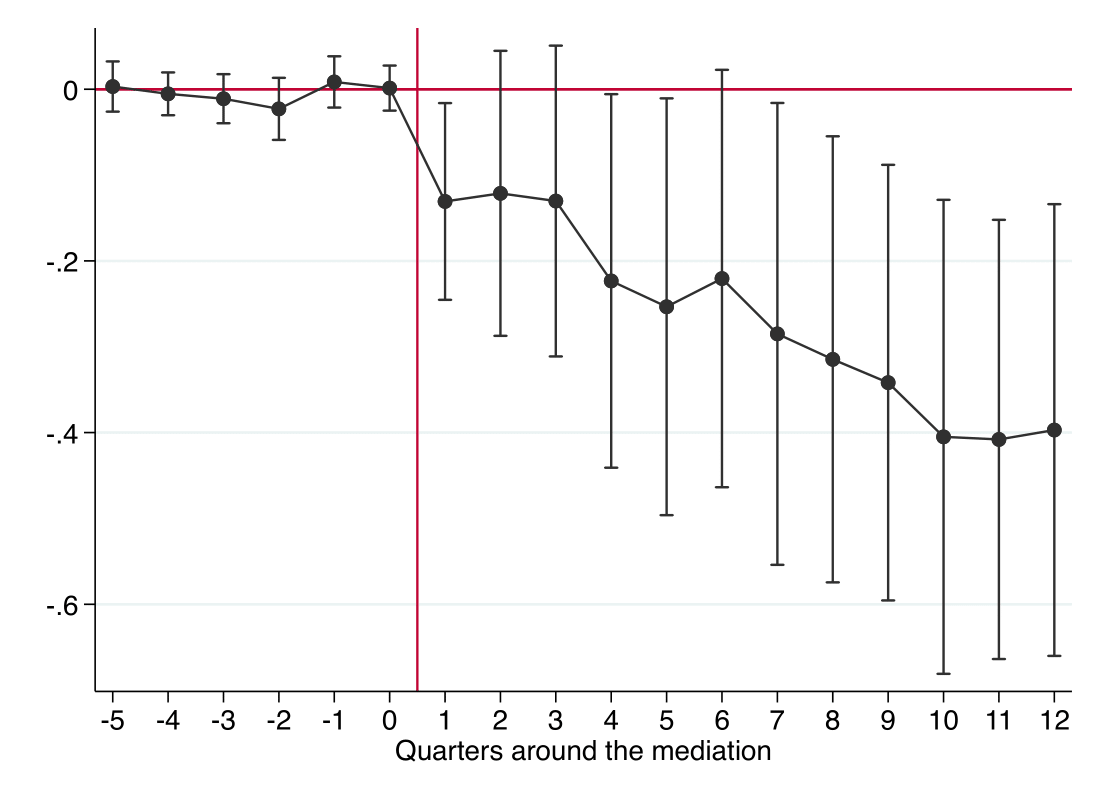 Effect of the mediation on the probability of entering bankruptcy proceedings

Formally independent private banks engage in an exchange of favor with local politicians to gain access to politically-controlled rents. Using French credit registry for 2007-2017, we find that banks grant favors to local politicians by increasing credit granted to the private sector by 9%-14% the year a powerful incumbent faces a contested election. As politicians return the favor, banks that grant more credit to private firms in election years gain market share in the profitable market for loans to local public entities after the election, when the incumbent is reelected. Thus, when politicians control the allocation of rents, formal independence does not ensure the private sector's effective independence from politically motivated distortions. 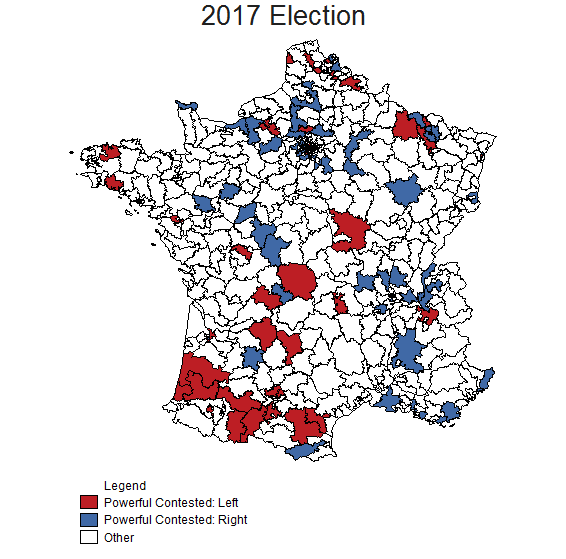 Contested and influential incumbents before the 2017 election

Corporate Social Responsibility and the Private Provision of Public Goods: Evidence from India